Beyond the California Roll: 3 Traditional Varieties of Sushi You Should Try 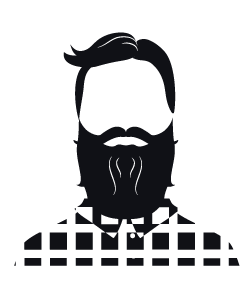 Hi there, my name is Henry Johnson. Welcome to my website about food and cooking. As I was growing up, my parents did all the cooking. Since they had very sensitive stomachs, the only spices used for food prep were salt and pepper. When I moved out and started cooking on my own, I started integrating all herbs and spices into my meals. Through trial and error, I found the elements that worked that best together. On this site, I want to share those herb and spice combinations to help everyone increase the flavor profile of the meals they cook. Thanks.

Is Organic Bread Really Better For You? Is It Worth The Extra Money?
7 November 2017

There are a few types of sushi rolls that are commonly recommended for beginners who want to try sushi, but who are also nervous about trying a strange variety of food that sometimes contains raw fish. The California roll is one: it contains familiar, non-threatening ingredients like crab and avocado. From there you might graduate Philadelphia roll with cream cheese and salmon.

If you've ever enjoyed calamari, you'll probably also like ika sushi, otherwise known as squid sushi. One thing to note about sushi is that it's meant to be beautiful as well as tasty—making sushi is something like an edible art form. Ika sushi is difficult to prepare artfully because of the texture of the fish. So if you find a restaurant serving beautiful ika sushi, you'll know that you've found a skilled sushi chef.

Squid is somewhat chewier than other types of fish, but that's not a drawback. The more you chew, the more flavors are released. You'll be surprised by the creamy, somewhat sweet flavor of ika sushi. It's also good for you. It's full of B vitamins, iron, calcium, and other nutrients.

You'll recognize ikura sushi, or salmon roe sushi, by the brightly-colored reddish-orange balls. This salmon egg sushi is prepared by first soaking the eggs in a mixture of soy sauce and sake, so go easy on adding soy sauce to this sushi roll—it may not need any extra. This process helps to tone down the fishy taste of the salmon roe.

In addition to the salmon roe, this sushi roll also contains cucumber slices and quail egg, which help balance the taste of the fish eggs. Try it with a little wasabi on top to highlight the rich sweetness of the salmon roe.

Tired of fish? Omelet sushi, sometimes called tamagoyaki, is a light, delicious treat that's also fun to eat. This very simple sushi consists of eggs cooked into a tiny, light crepe. It's then placed on top of the sushi rice and tied together with a strip of nori.

Omelet sushi is flavored with Japanese sweet rice wine and either kelp or shitake soup stock. Add a little bit of soy sauce and wasabi for an unexpected flavor explosion.

Sushi comes in many varieties, and each has its own complex flavor profile. Don't be afraid to try something new and unexpected the next time you order sushi; you may be surprised to find out how much you enjoy it. Try these and other options at local restaurants like Tanpopo Japanese Restaurant.